Founded in 2001, HealthBanks Biotech operates in Southeast Asia and the United States. HealthBanks Biotech, Inc., has been reincorporated in Delaware with its headquarter in Irvine, California. With its brand change, HealthBanks will continue to focus on providing premium cell banking services worldwide.

HealthBanks, along with its affiliated sister company ThermoGenesis Holdings Inc., has a long history in the cell banking industry which dates back to the early-1990s, when ThermoGenesis’ founder, Phil Coehlo, and New York Blood Center’s (NYBC) pioneer, Dr. Pablo Rubenstein, invented and patented the method for concentrating and isolating stem cells from a fresh cord blood unit.

This breakthrough method and its wide adoption by others have enabled the cord blood banking industry to grow, expand, and become commercially viable. These inventions have also led to the launch of the AXP® automation system, one of the most widely-adopted automated stem cell processing systems used by leading cord blood banks around the world.

In the past 20 years, HealthBanks and its affiliates have introduced many new technologies that have helped to advance and shape the landscape of the cell banking industry.

“We remain committed to staying the world’s leading cell banking and cell therapy network and strive to continue to fulfill our vision – to ensure the future benefit of cell and gene therapies to everyone in need,” shared Dr. Chris Xu, Chairman & CEO of HealthBanks.

HealthBanks, headquartered in Irvine, Calif., is one of the leading cell bank networks in the world and offers services globally through itself and its network companies located in the United States and other regions of the world. HealthBanks is accredited by the FDA, AABB, and CLIA. HealthBanks Biotech was originally founded in 2001 with a vision that stem cells and cell based therapies could transform the future of medicine. For more information about HealthBanks, please visit: www.healthbanks.us.

With 2022 coming to a close, we thought it would be interesting for our readers to take a look down END_OF_DOCUMENT_TOKEN_TO_BE_REPLACED

December 23, 2022 Pregnancy: Should I Bank My Baby’s Umbilical Cord Blood?

Pregnancy is a joyous time. It can also be a time filled with nervousness or worries about the baby’s health. END_OF_DOCUMENT_TOKEN_TO_BE_REPLACED

December 15, 2022 Planning for Nine Months – Your Pregnancy & Your Baby

There is so much planning that goes into having a baby. From conception to birth, you have so much to END_OF_DOCUMENT_TOKEN_TO_BE_REPLACED 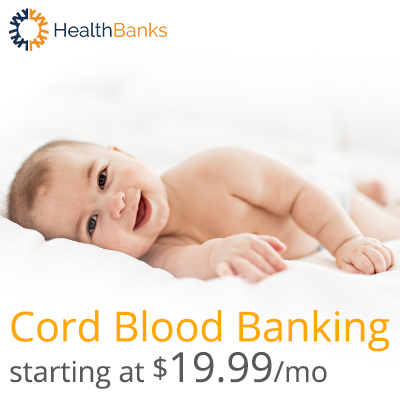