Immunotherapy - Why it is Effective Against Cancer? - HealthBanksUS Skip to the content

Despite the many standard therapies available including chemotherapy and radiation; cancer continues to take the lives of hundreds of thousands every year. The quick growth & intrusion of some types of cancer cells can make them difficult to predict and treat. Adding to this, typically standard cancer treatments may not be effective for every patient. Immunotherapy, a relatively new term that describes using one own’s immune cells as personalized medicine, is gaining momentum as a remarkable therapy against many types of cancers, even when standard therapies like chemotherapy and radiation have failed.

When cancer cells are detected in the body, the whole immune system kicks into gear to fight it off. An increased white blood cell count, among other immune responses, is often used as an indicator that the immune system or tissues are being attacked.

One of the body’s own most effective cells fighting against cancer & other diseases are T-cells. T-cells are one of the important white blood cells of the immune system and play a central role in the adaptive immune response.  These T-cells latch onto proteins on the outer surface of invading cells & begin their attack sending toxic chemicals into the invading cell & triggering other immune cells into action.

Many cancer cells disguise themselves as healthy cells or form barriers to block the T-cells from attaching to them. This hinders the immune system response & creates the need for treatments such as chemotherapy, radiation & immunotherapy cancer treatments.

In some patients, chemotherapy & radiation treatments may fail to destroy cancer cells completely or successfully. In these situations, immunotherapy treatments can be lifesaving if the patient’s own immune cells are collected, processed and stored prior to the cancer diagnosis.

To begin immunotherapy cancer treatment, these healthy T -cells are taken from the patient and then modified with special Chimeric Antigen Receptors (CARs). Then the cells are replicated by the millions and once complete, they can be administered through infusion back into the patient and begin attacking the cancer.  These new receptors are targeted to latch onto the invading cancer cells overcoming any defense mechanisms that initially blocked the patient’s own non-modified T-cells. Use of immunotherapy cancer treatment technologies has been effective against both lymphoma and Type B leukemia and is in clinical trials for testing against many other types of cancer.

By targeting individual cancer cells, destroying them and drawing the attention of other immune cells, the modified CAR T-cells can effectively bring cancer patients into remission. Current studies show that these cells seem to stay in the body for an extended period of time, and potentially may offer long term protection from new cancer cells.  According to ClinicalTrials.gov, as of August 31st, 2022, there are over one hundred active clinical trials with CAR T-cell therapy & over six-hundred clinical trials in recruiting or enrolling stages.

Immunotherapy cancer treatments are a newer technology with a current success rate of about 80% in patients where chemotherapy and radiation treatments have failed. With these treatments, the natural T-cells extracted from a patient’s own blood, while healthy are modified and bolstered to better target cancer cells. By strengthening the immune system through the use of modified immune cell therapy such as CAR T-cell therapy, these immunotherapy treatments can give cancer patients a good chance at recovery.

With 2022 coming to a close, we thought it would be interesting for our readers to take a look down END_OF_DOCUMENT_TOKEN_TO_BE_REPLACED

December 23, 2022 Pregnancy: Should I Bank My Baby’s Umbilical Cord Blood?

Pregnancy is a joyous time. It can also be a time filled with nervousness or worries about the baby’s health. END_OF_DOCUMENT_TOKEN_TO_BE_REPLACED

December 15, 2022 Planning for Nine Months – Your Pregnancy & Your Baby

There is so much planning that goes into having a baby. From conception to birth, you have so much to END_OF_DOCUMENT_TOKEN_TO_BE_REPLACED 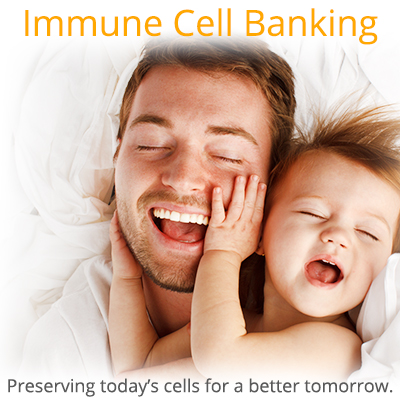